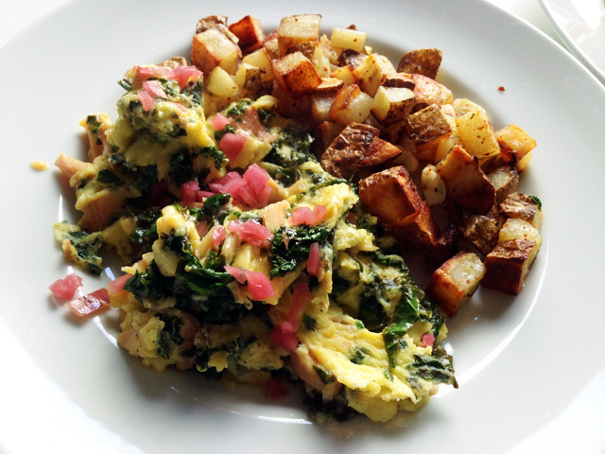 Picasso had his blue period; I’m having my “smoked trout, pickled onion and kale” period right now. You may recognize these ingredients from some earlier posts this week–Fun Times with Farro, the very popular Chicken Sausage with White Beans and Kale–and now they’re all reuniting, once again, for a breakfast that had Craig and I leaping from our chairs, we enjoyed it so much.

Here’s what you need: some shredded kale leaves (I say “leaves” because some of you sent me pictures of the sausage dish and you did a great job, only there were some kale stems in there; those you need to get rid of), smoked trout (procured from the finest purveyor of smoked trout: Trader Joe’s), a lemon cut in half, and chopped pickled onion. (To reiterate: pickling onions is the easiest thing in the world. My recipe, based on one from Bon Appetit: a sliced onion in a jar or a bowl, covered with a mixture of 2 cups of white wine vinegar, 2 tablespoons of sugar, and a pinch of salt. The longer it sits in that liquid, the better. I’ve been using mine non-stop.) 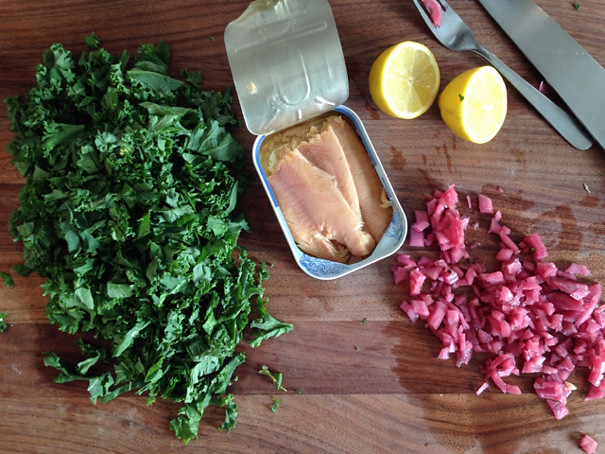 To begin, drizzle some olive oil into a non-stick skillet. Heat it up. (Meanwhile, if you want a breakfast like ours, heat your cast iron skillet and make some Sunday Morning Potatoes.) When the olive oil is hot, but not crazy hot, add your kale and sprinkle with salt. After about 30 seconds of stirring, squeeze the lemon over the kale and allow it to wilt in the lemon juice. Then you can turn off the heat until the potatoes are done. 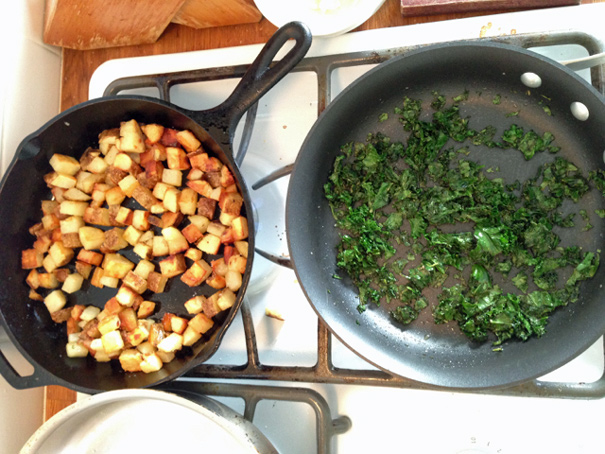 At that point, add a little bit more olive oil to the kale skillet, turn the heat back up to medium-high and add 6 eggs beaten with salt and pepper, stir it all around, and then let it sit for a second as large curds begin to form. Then add your filling: broken up pieces of smoked trout and the chopped pickled onions. 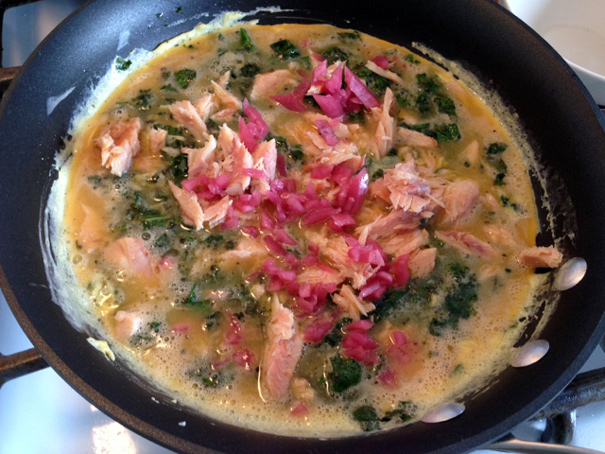 I don’t like to stir too much at this stage because I enjoy large curds. But as the eggs set, gently fold them over each other. It’ll look something like this. 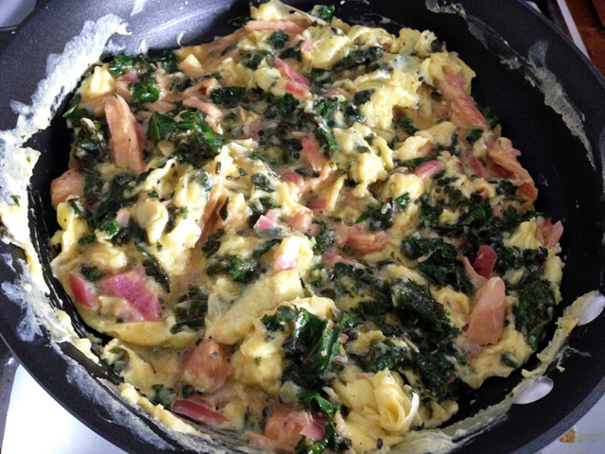 Looks good right? Serve ’em up with your potatoes and you have a breakfast fit for a king (or a queen, as the case may be.) 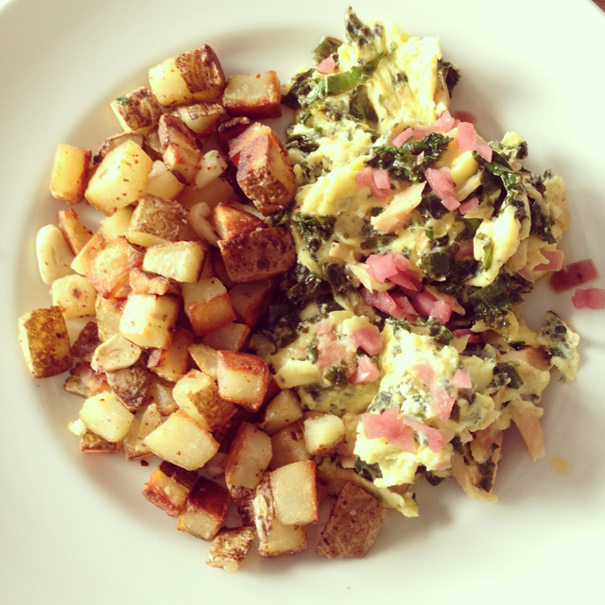 What makes it so great is the zingyness from the lemon juice and the pickled red onions balanced against the smokiness and fishiness of the trout, plus the earthiness of the kale. If you’re serving company, you could buy salmon caviar (the cheap, red kind) and spoon it on top for a dramatic presentation. Maybe on top of a little creme fraiche?

But me, I’m sticking to my three main ingredients during my “smoked trout, pickled onion and kale” period. This dish will be in a museum some day.