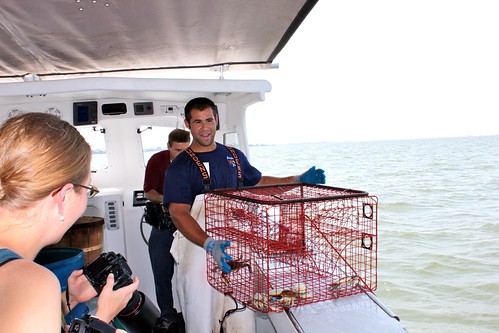 When the BP oil spill happened, newscasters and journalists alike spoke of the devastating effect this would have on the Louisiana seafood industry. For most of us, that industry was just an abstraction. We imagined men and women in boats or on docks, but we didn’t have any specific images in our heads (except the ones that we saw on TV). Which is why I jumped at the opportunity to join a trip arranged by the Louisiana Seafood Board to meet the men and women who were most affected by what happened in the Gulf. This is the story of what I encountered. 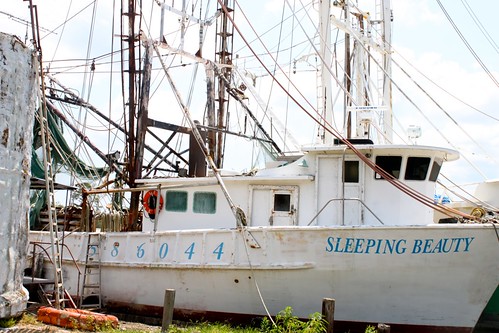 The first thing to be said about this adventure is that, as romantic as notions of the seafood industry might be (visions of boats and bright sunshine and beer) the key word there is industry. Though we did go out on a boat when we visited Pontchartrain Blues (a crabbing outfit) the more startling and eye-opening moments happened indoors. Like the moment the owner pulled back the curtain and showed us how the crab that they catch fresh on the boats every day becomes the crab meat that you buy in containers at the supermarket:

Those are the men and women who pick crab meat day in and day out. And these are the women who shuck the oysters at Gold Band Oysters (though they don’t have to shuck as much as they have to twist and scrape; the oysters are quickly processed, killing all germs and making the oysters easier to open):

Or these women at Scott’s Pride shrimp company; who inspect all the shrimp as it goes down the conveyor belt before they’re separated into their various sizes:

These are the images that you don’t see on TV or on the sides of boxes when you buy seafood, whether the seafood comes from the Gulf or anywhere else, for that matter.

You also don’t smell the smells that fill these rooms; most vividly at the shrimp plant where many folks on our trip couldn’t handle the smell and had to return to the bus. (We even had some vomiting, but I won’t go there.) 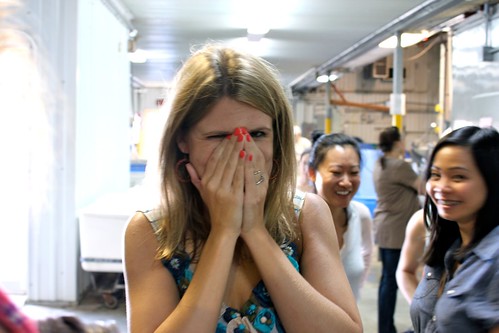 The point is, there’s nothing romantic about these images. But they’re important images because they capture the fact that livelihoods depend on this industry. These are the faces of the people most affected by the oil spill: 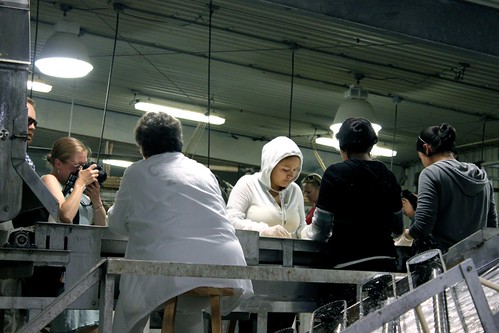 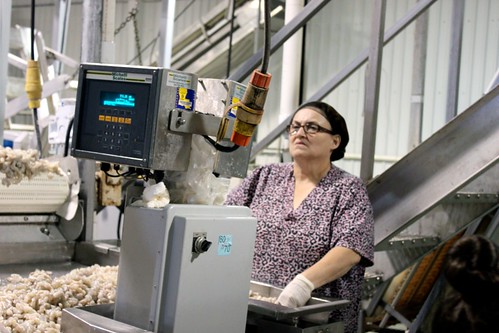 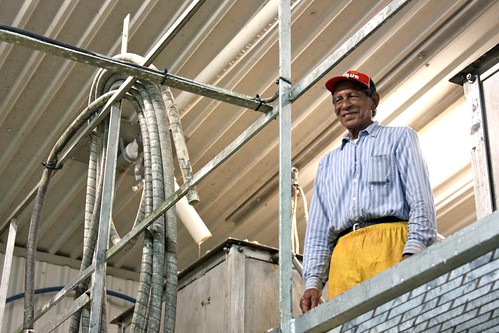 Over the course of our touring, we spoke to many of these company owners and fishermen who, like many of us, were devastated by the way the oil spill damaged the environment. Yet there was an equal amount of anger directed at the media, specifically for feeding hysteria about the safety of seafood from the Gulf.

And it’s that hysteria that the Louisiana seafood industry is looking to combat right now. These livelihoods depend on it.

From everyone we spoke to—from those invested in the industry to those who have nothing to do with it (except for how it impacts New Orleans and its economy)—there’s an emphatic need to spread the word: Louisiana seafood is safe.

The facts are there, online, for you to look at. I’m not going to posit myself as an expert or, even, as a journalist. All I can attest to here, in this post, is the urgency of getting the message out. Whether you believe the message, that’s entirely up to you. If you do believe the message, it’s important that you buy Gulf seafood. These people need help.

Like Sam Slavich, a fourth-generation oyster fisherman who lost half his oyster beds after the spill in 2010: 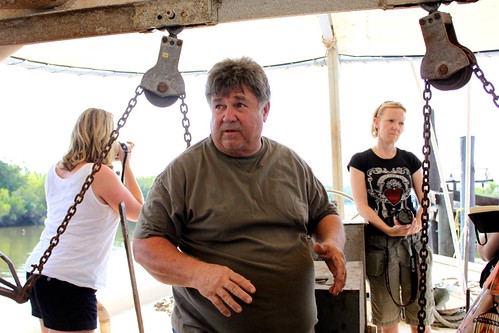 You can hear him talk about the dire state of things here:

Oysters, Crabs, and Shrimp! A Tour of Louisiana Seafood (from The Kitchn)