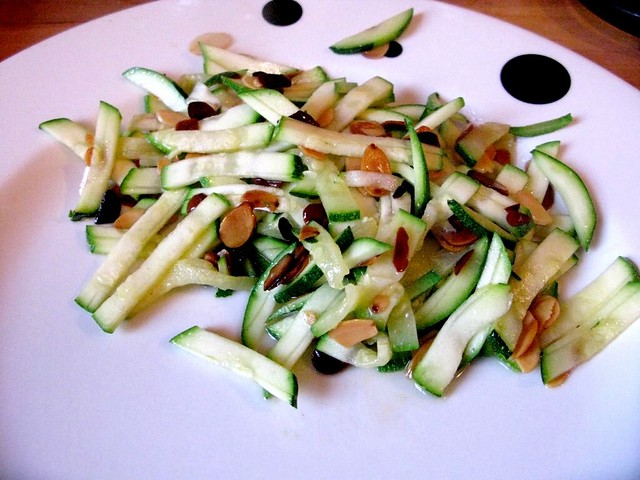 What’s that expression about teachers learning from their students? Is there an expression like that? There really should be.

You may recall that for my cookbook I have an intern named Tyla working with me. Tyla herself has a food blog called “Learning To Live Without A Microwave” and on her blog last week I saw an excellent recipe for “Zucchini Saute with Toasted Almonds.” Now Tyla got the recipe from my friend Deb of Smitten Kitchen who titled the post “My Favorite Side Dish”; Deb, in turn, got it from The Red Cat restaurant. (Another game of recipe telephone.) But the point is that I discovered it from Tyla and it’s such a killer recipe it’s time you discovered it from me; it takes just a few minutes and it’s a “wow-er.”

This recipe is so easy, I’m not even going to give you amounts. Just buy some zucchini (two large ones should feed two people very well) and a container of slivered almonds.

Cut the zucchini into matchsticks (I used the julienne feature on the mandoline I recently bought for $9.99 at Bed, Bath & Beyond; it’s so fun!). Heat olive oil in a skillet. Add a handful of slivered almonds (figure out the proportion you think you’d like of almonds to zucchini): 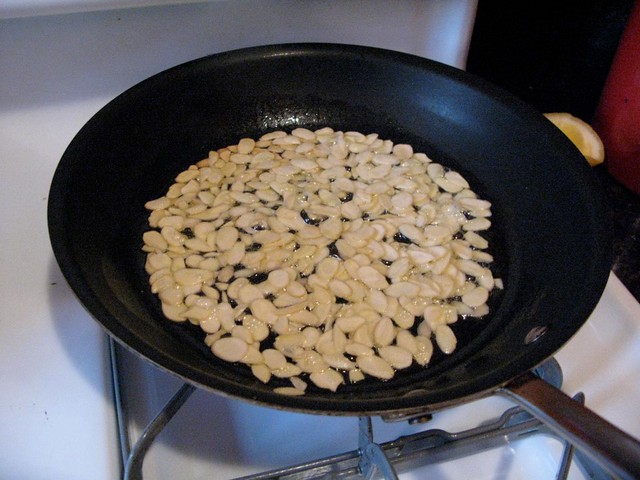 Toss around until the almonds start turning brown and fragrant, then add the zucchini. 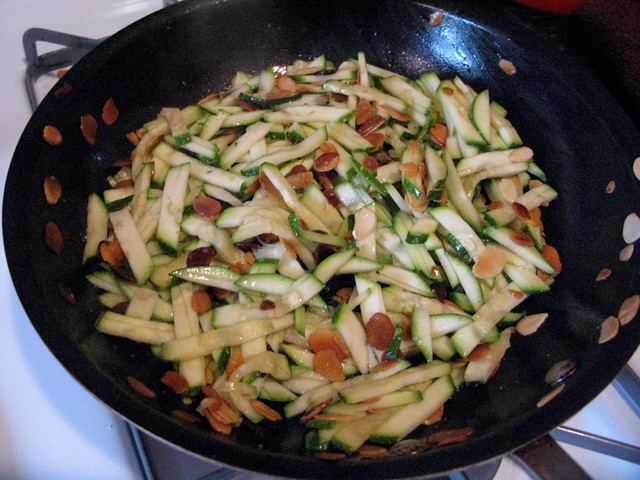 Toss around just until the zucchini’s warmed through, season with salt and pepper and serve.

That’s all there is to it but don’t be fooled by its simplicity. There’s a lot of flavor here, mostly from the toasted almonds which give the whole affair a toasty nuttiness you won’t soon forget.

So thanks Tyla for teaching the teacher (not that I’m your teacher, but you know what I mean). I’ll be making this on a regular basis from now on.